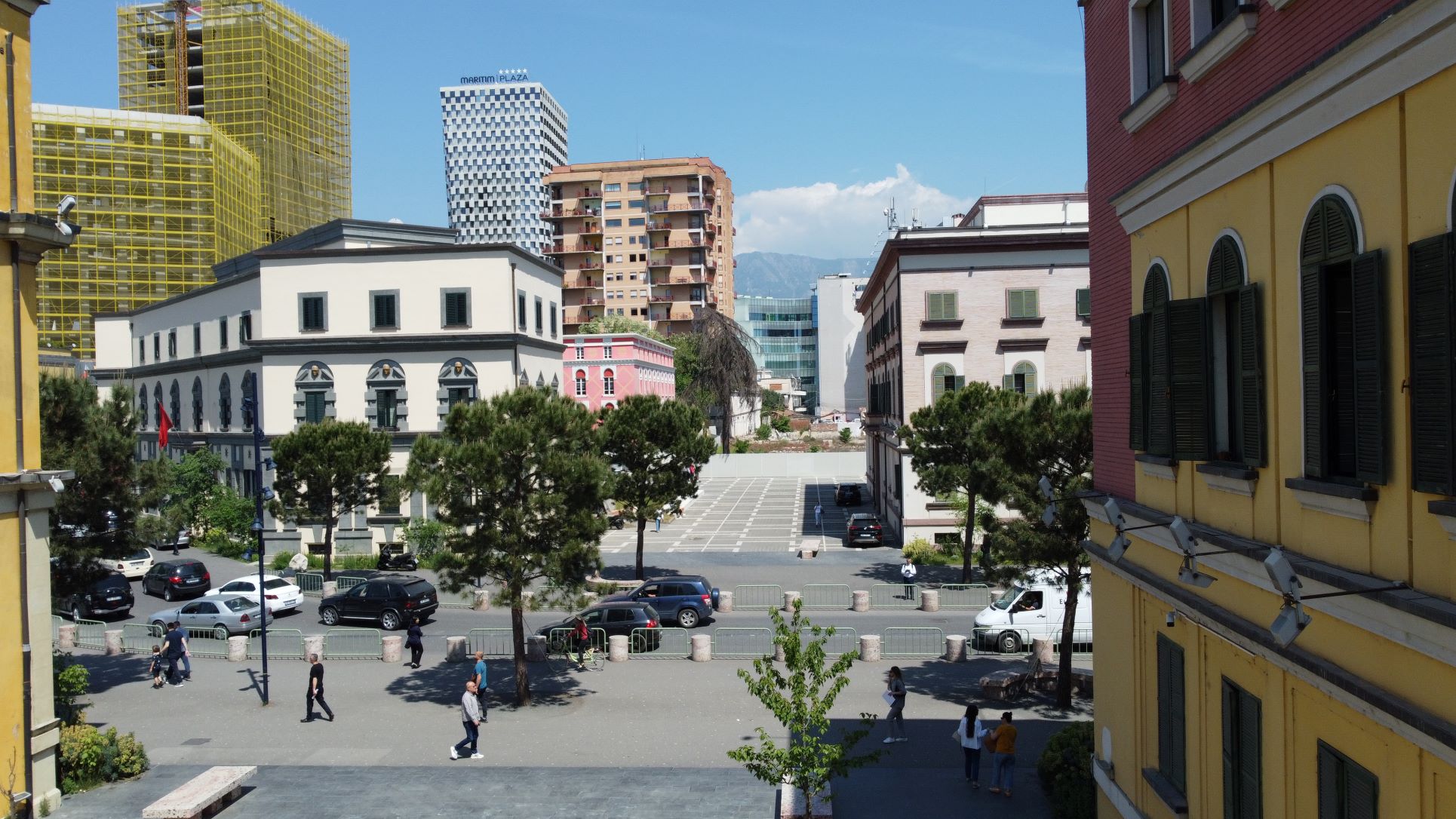 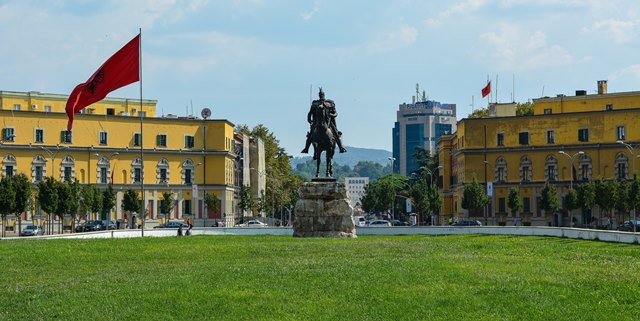 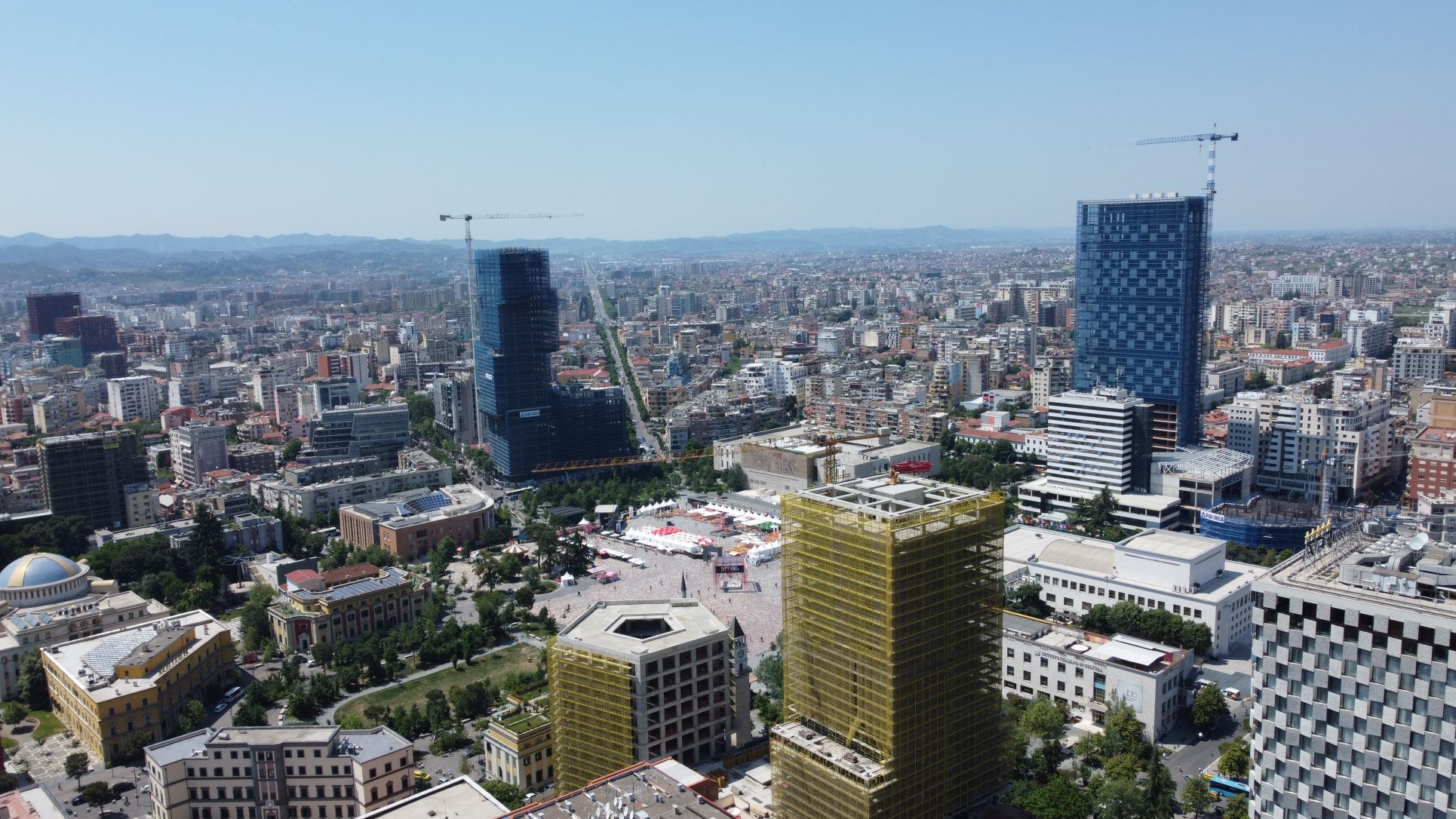 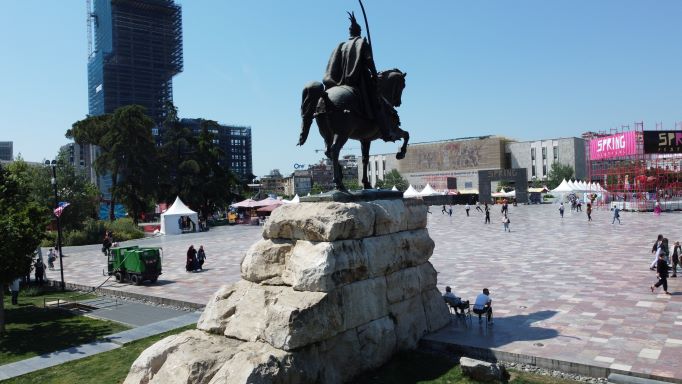 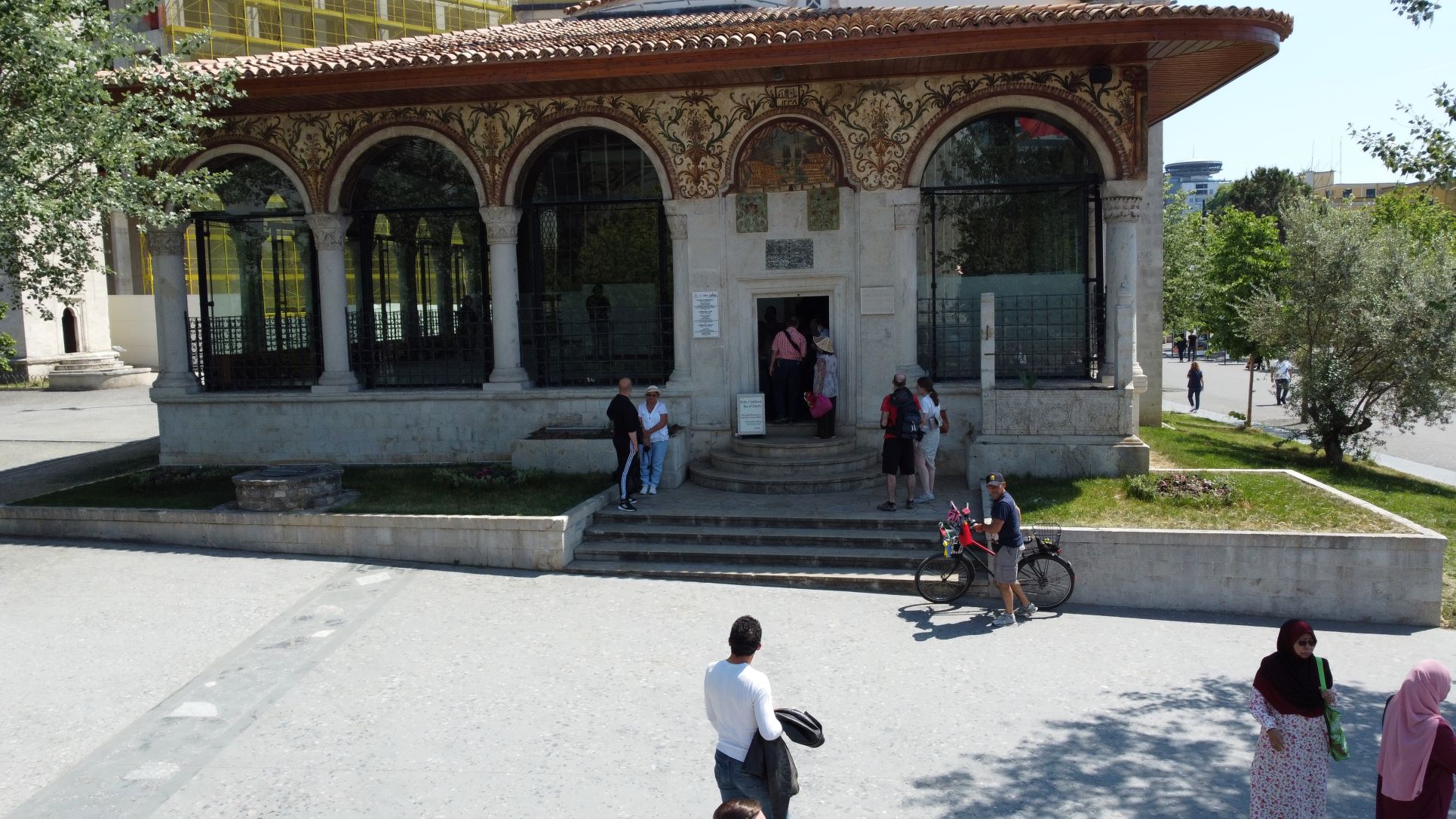 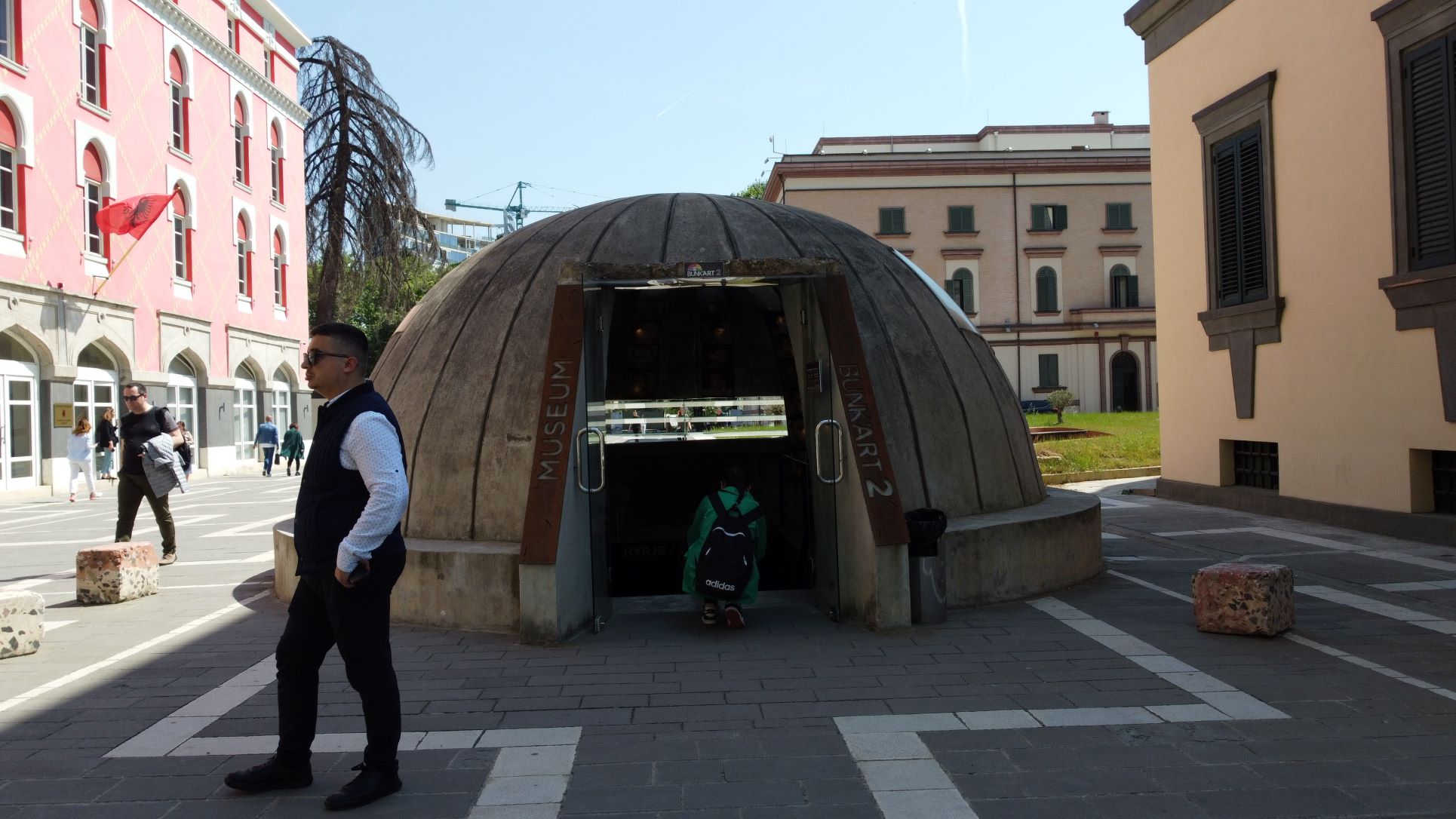 Tirana is the capital and largest city by area and population of the Republic of Albania. It is located in the center of Albania enclosed by mountains and hills with Mount Dajt elevating on the east and a slight valley on the northwest overlooking the Adriatic Sea in the distance. Due to its location at the Plain of Tirana and the close proximity to the Mediterranean Sea, the city is particularly influenced by a Mediterranean seasonal climate. It is among the wettest and sunniest cities in Europe, with 2,544 hours of sun per year. Tirana flourished as a city in 1614 but the region that today corresponds to the city's territory has been continuously inhabited since the Iron Age. The city's territory was inhabited by several Illyrian tribes but had no importance within Illyria. Indeed, it was annexed by Rome and became an integral part of the Roman Empire following the Illyrian Wars. The heritage of that period is still evident and represented by the Mosaics of Tirana. Later, in the 5th and 6th centuries, a Paleochristian basilica was built around this site. After the Roman Empire split into East and West in the 4th century, its successor the Byzantine Empire took control over most of Albania, and built the Petrelë Castle in the reign of Justinian I. The city was fairly unimportant until the 20th century, when the Congress of Lushnjë proclaimed it as Albania's capital, after the Albanian Declaration of Independence in 1912. Tirana is the most important economic, financial, political and trade center in Albania due to its significant location in the center of the country and its modern air, maritime, rail and road transportation. It is the seat of power of the Government of Albania, with the official residences of the President and Prime Minister of Albania, and the Parliament of Albania.